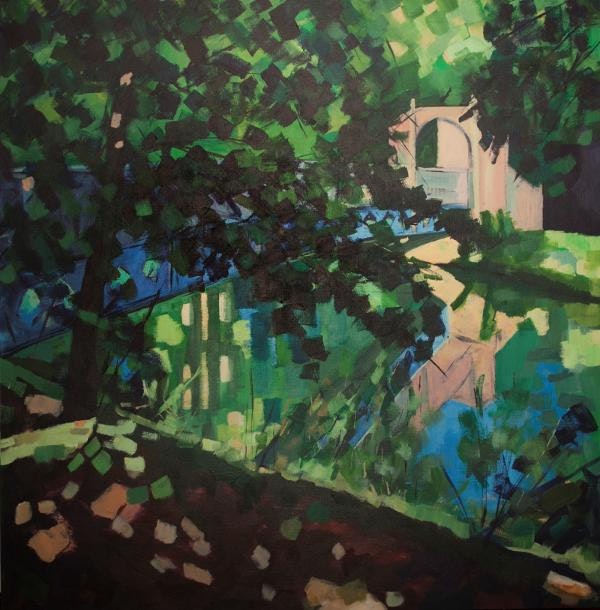 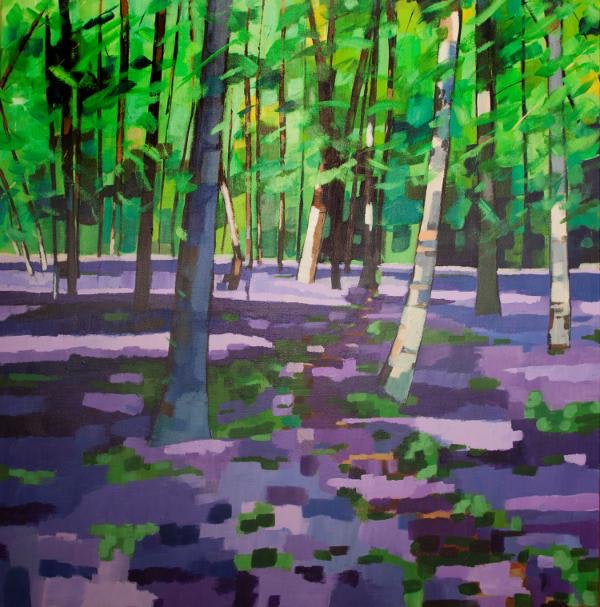 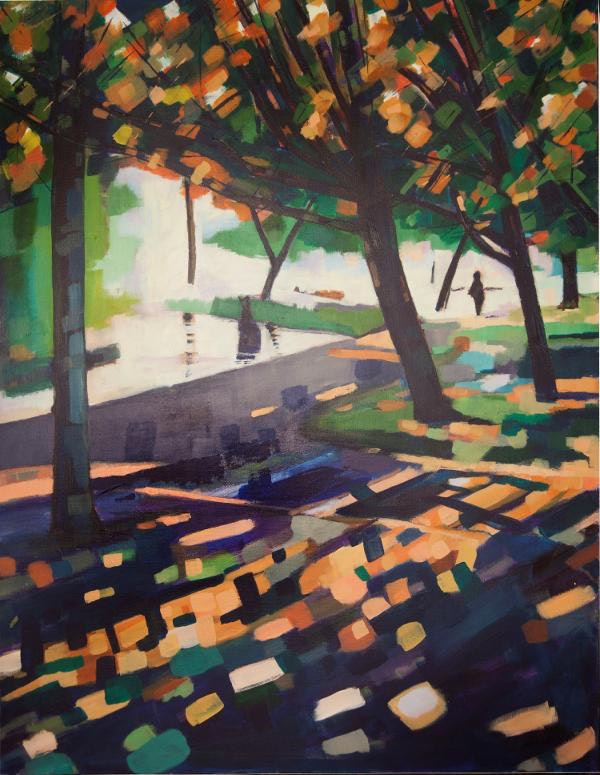 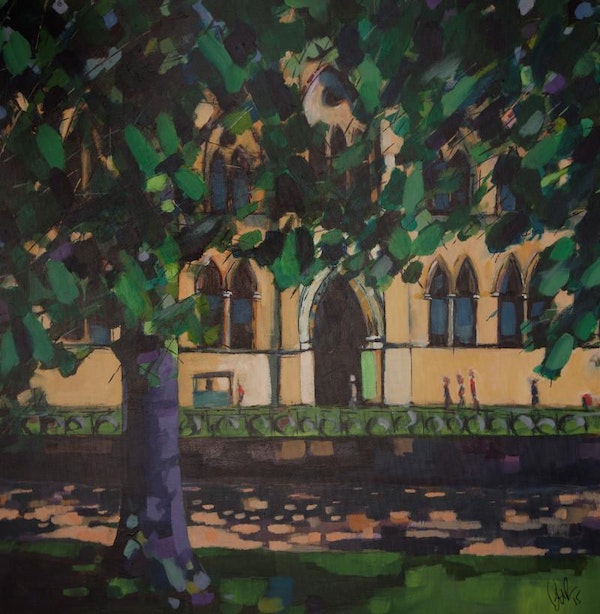 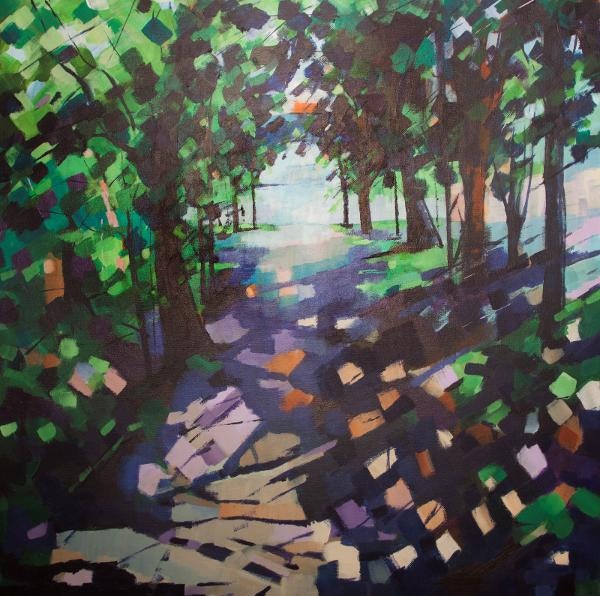 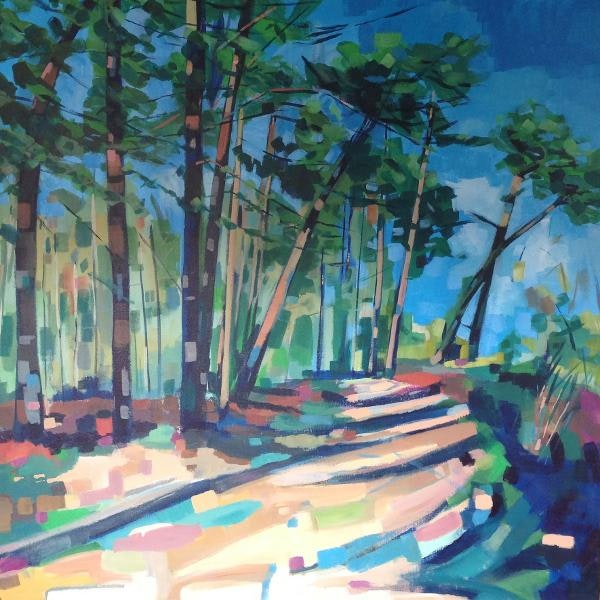 Stuart Roper is a colourist at heart, fascinated by the play of light as it refracts into a kaleidoscope of colour. Deconstruction is at the heart of his creative process. Observing the dapple of light as it filters through leaves onto woodland paths, he builds his compositions from gestural marks. In the process, he recreates a prism of light and colour that dances upon the canvas.

Although originally from the South of England, his family moved to the industrial East Coast of Scotland where he discovered the beauty of the Scottish landscape and a love of the Scottish Colourists. Some years later, he moved to The Vale of The White Horse exchanging the drama of mountains for chalk downs and woodland walks. Roper has Oxford at his fingertips enjoying the grace of architecture and some of the city’s many secrets such as Addison’s Walk, Magdalen College, and more celebrated views - Christ Church water meadows, Oxford University Museum of Natural History, the River Cherwell… Jenny Blyth 2015

Stuart Roper: “I enjoy painting from the natural landscape; my fascination with trees is prompted by the way the light changes their colours - purple trunks with dashes of pink, turquoise leaves against burgundy-coloured bark. As a painter, I am increasingly drawn to the astonishingly vivid colour in nature around me.”