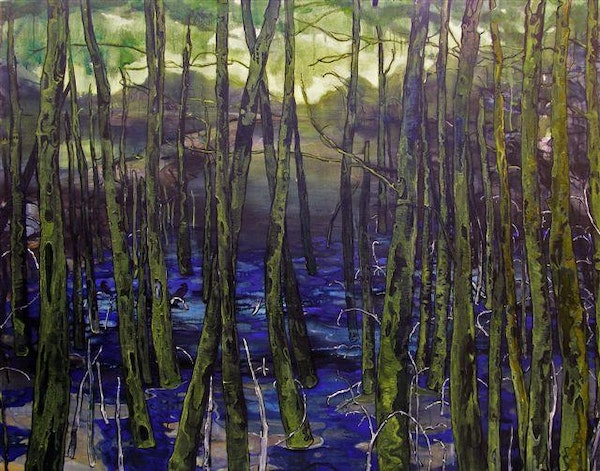 Two Crows (Surviving Against All Odds) 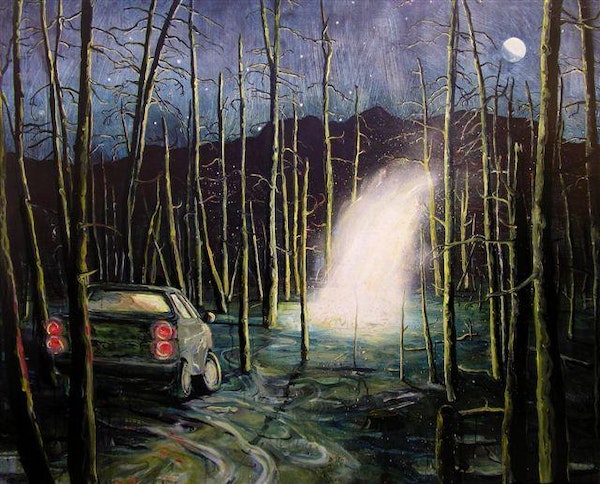 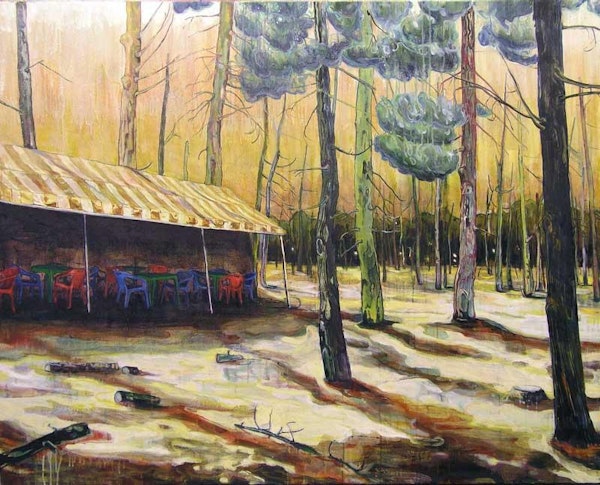 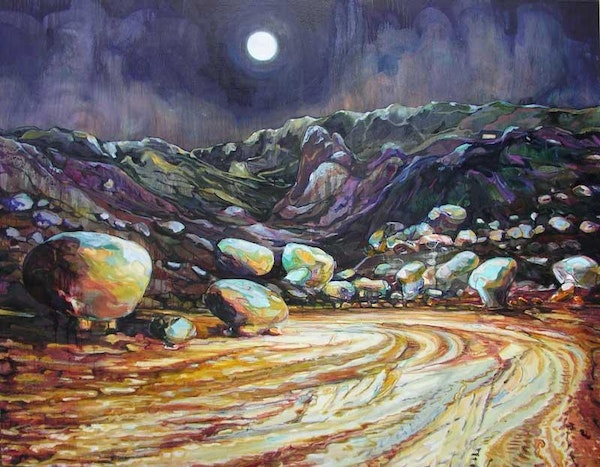 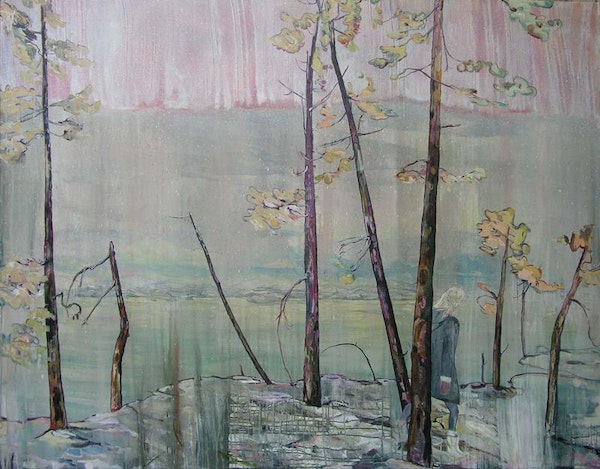 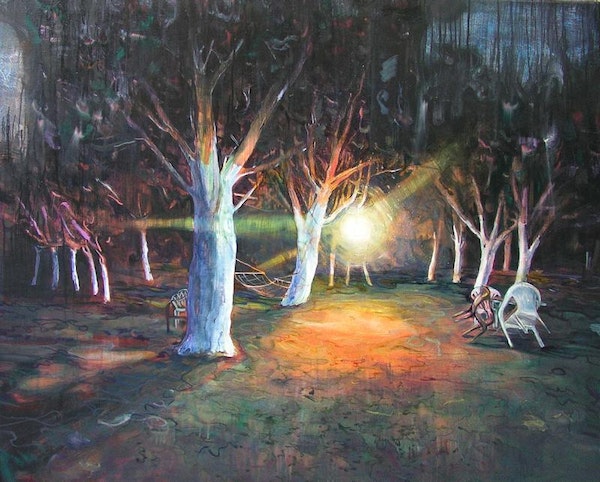 “I depict the collaboration and opposition of humans and environment, the destruction of nature and its re-establishment after people have gone - the antagonism and the natural synthesis that follows.” Sophie Baker 2011.

There is a palpable tension and edginess in Sophie Baker’s landscape painting. Her post industrial, deserted frontiers, abandoned quarries and ravaged woodlands bear witness to man’s intrusive activity and impact on the landscape.

Baker’s compositions suggest a recent exchange or happening, perhaps violent – and an atmosphere of hurried departure, of business unfinished. Her paintings are unpeopled, but the reference to human activity permeates the narrative of her compositions as evidenced by abandoned cars, unexplained lights and tracts of devastation.

However, there is a strong sense of optimism in her work. The human figure is rarely present, and nature fights back. Through her use of form and heightened colour, Sophie imbues her compositions with a vitality that reminds us that nature has the ability to repair itself through the natural process of its very being, and that it is ultimately the stronger player.