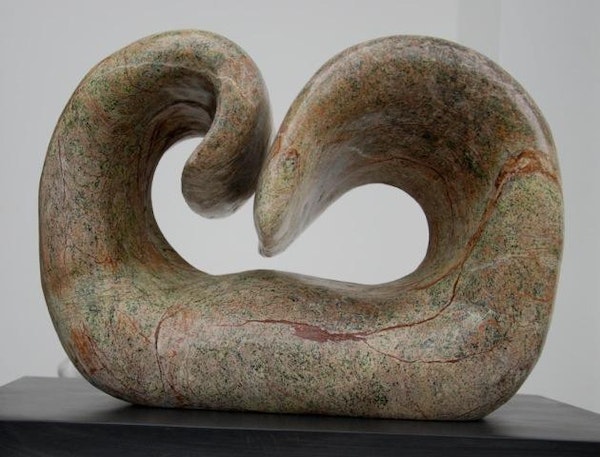 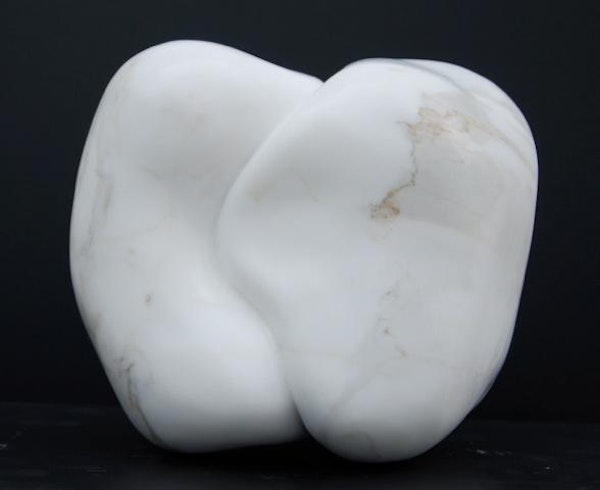 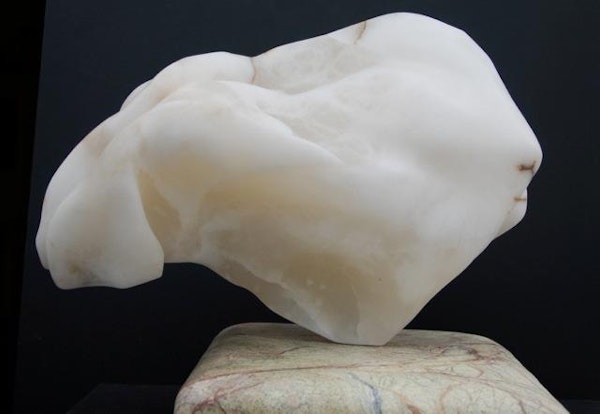 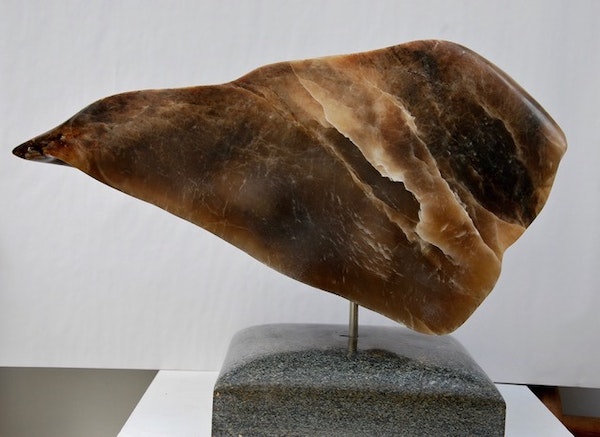 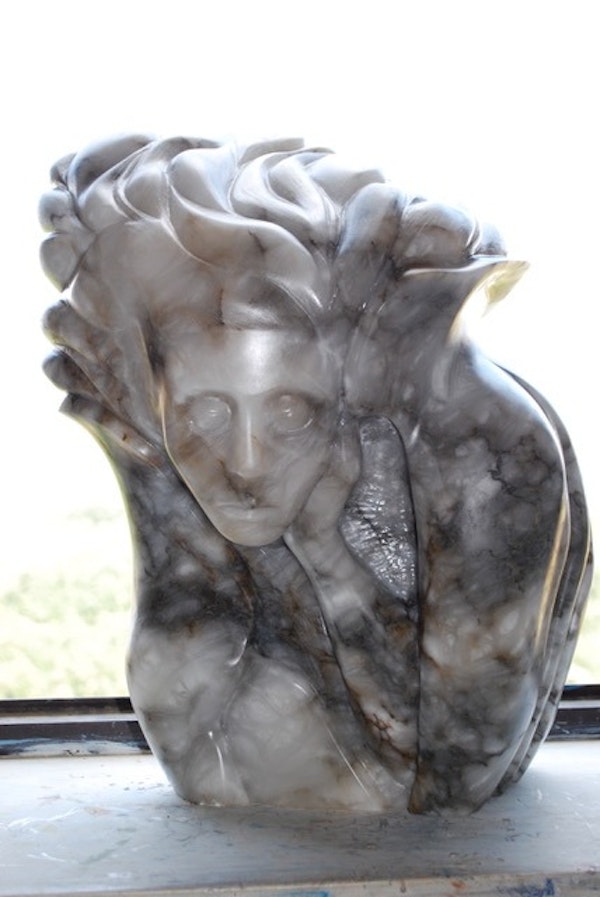 Leda and the Swan embodies Greek Mythology which is at the heart of much of Smith’s sculptural narrative.  Zeus, besotted by Leda, transformed himself into a swan to seduce her.  Zeus fathered two children with Leda - to include Helen of Troy. **Autothonces **embodies the origins of man in ancient greek mythology where ‘adam and eve’ are borne of the earth and rise out of the earth…. In both these sculptures, Smith’s figures are entwined, carved from alabaster and are as one.

Sculpture by MARTIN SMITH and Paintings by ADDY GARDNER

Touching The Earth marks the moment where these two artists meet - a point of balance where the intangible meets substance.  Both artists delight in the earthiness of an organic sense of form whilst celebrating an ethereal ambivalence.

When talking about sculpture, Martin Smith enthuses about jazz with equal passion. Transported by iconic trumpeters and saxophonists from Miles Davis to Ben Webster, he describes an alchemy of easy liberation where music, mellifluous and light, ‘comes through them like breath’, and how that process of synesthesia for him is expressed through sculpture, ‘the breath of stone’.  Patterns of sound and shape are transposed, so that the language of marble and alabaster is alchemized into sculpture.   The beauty of Smith’s chosen stone is in the degree of opacity and tone, ranging from the deep brown agate alabasters of Touching The Earth, to the rare and translucent Volterra ivories of Lock Stones that are soft to the touch and warm when lit from behind.

Addy Gardner studied Psychology before committing to Fine Art twenty years ago.  Her genre is abstracted landscape, popular with landscape painters but Gardner distinguishes her work through an experiential journey that reflects the scene before her, entwined with memories and thoughts evoked by the beauty she finds in the landscape. ‘Peak Experience’ has been her goal, and that moment of ‘ah-ness’ the pivotal point for her compositions.  Drawing inspiration from the landscape of the Windrush Valley and woodlands, her work is about her life and relationships – historical, and of the moment.

Addy Gardner’s collection of new paintings marks a departure from safer territory that she knows works well for her, towards fresh pastures and new horizons, a journey that every painter must make.  This makes for exciting viewing for us as we share her journey and spirit of adventure.

THE ART OF MUSIC & LANGUAGE

Drawings of West Coast of Scotland by CLAIRE CHRISTIE SADLER

Fruits of the Earth, Sculpture by MARTIN SMITH*

Martin Smith, sculptor, studied French and German at Queen’s College, Oxford. He taught himself German in early years before taking it up at school where he also studied Russian. He wrote his doctorate on Machiavelli and Rousseau, and has worked for many years as editor at the Voltaire Foundation in Oxford. He has always been fascinated and delighted by language, and therein lies the key to his metamorphosis from Academic to Sculptor - the teasing of language out of stone.

A love of Italy and the Mediterranean - evenings spent under olive trees supping simple wines and food - is core to the artist’s wellbeing. He is able to happily knit the intellect of Oxford with annual trips to Tuscany to source marble, and attend residencies at the Centro d’Arte Verrocchio in Casole d’Elsa to secure quiet, focussed time.

The words that Smith uses to describe his sculpture are ‘Fruits of the Earth’ - desire, flames, bubbling water, fountains…. His work is both ethereal and organic, talkative, sensual, abstracted, his subjects ranging from clouds, flames and wings, to seeds, buds and pods, that as in nature are often explicit in gender.

Carrara marble - white with grey ripples, bianco venatino macchiato di oro - white marble with small golden veins, agate alabaster that is milky in opacity - Smith lingers lovingly over both language and stone. His conversation with the stone is a process of exacting from its essence the image that he has in his mind’s eye. The stone, depending on the changing composition inherent in, say Rajasthan marble, will resist or comply, inspiring fresh thought and challenge. It is a shared dialogue.

At odds with the sensuality of his sculpture is a fully functioning studio in his Oxford garden. As you enter you are confronted with the reality of sculpting - the sheer physicality that stone demands - the detritus of stonemasonry - power tools, drills and grinders, face masks and thick white powdered marble that blankets every surface. And out of this, the butterfly emerges.