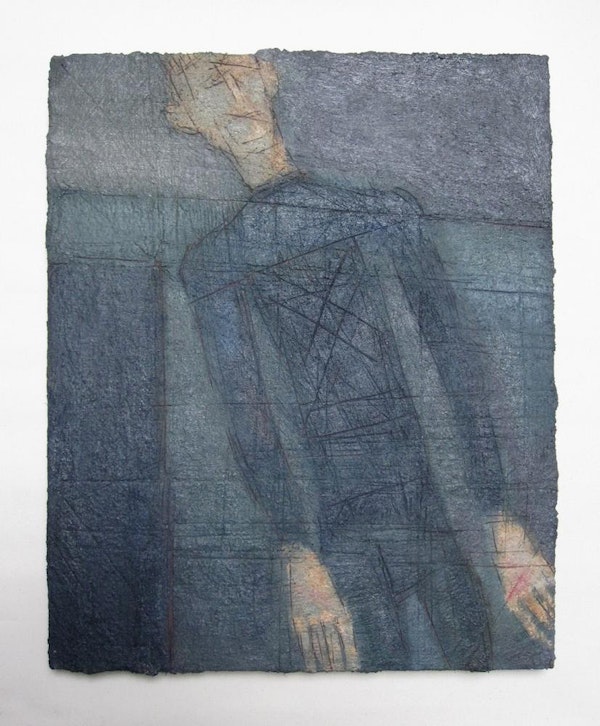 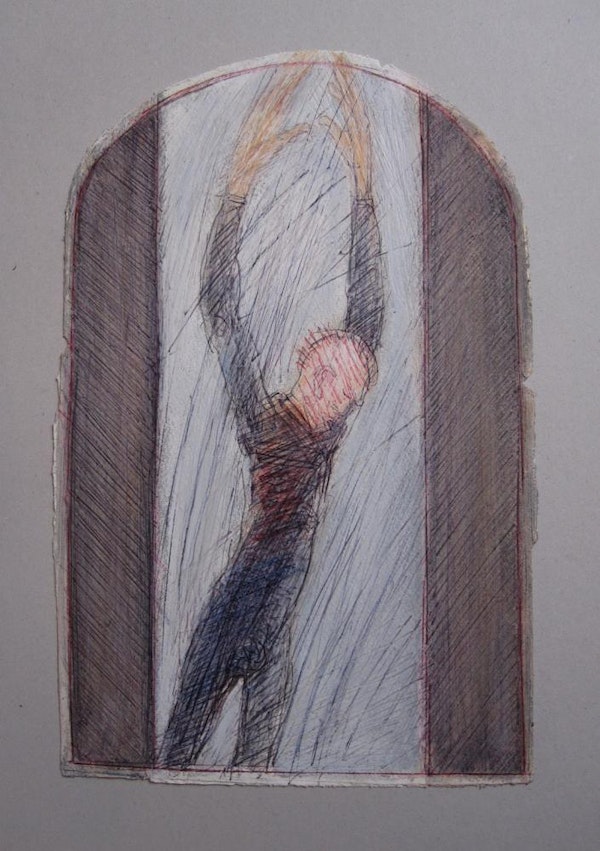 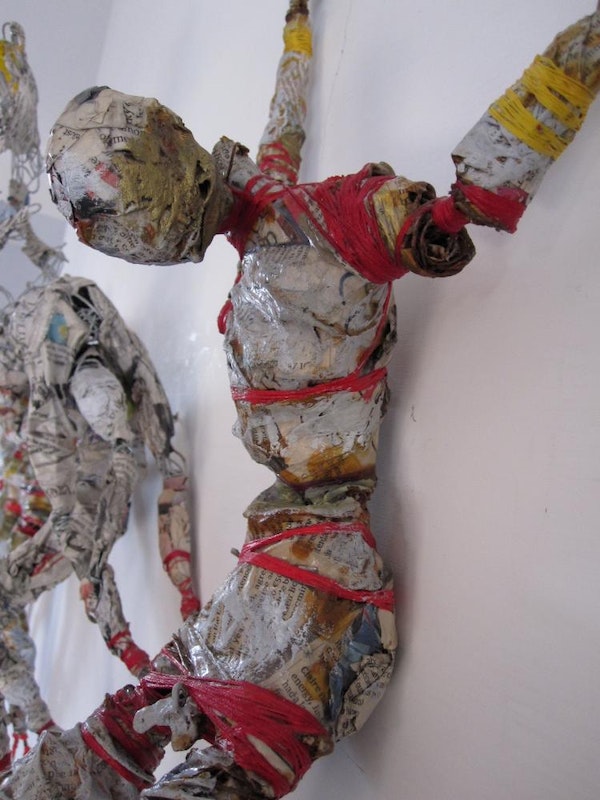 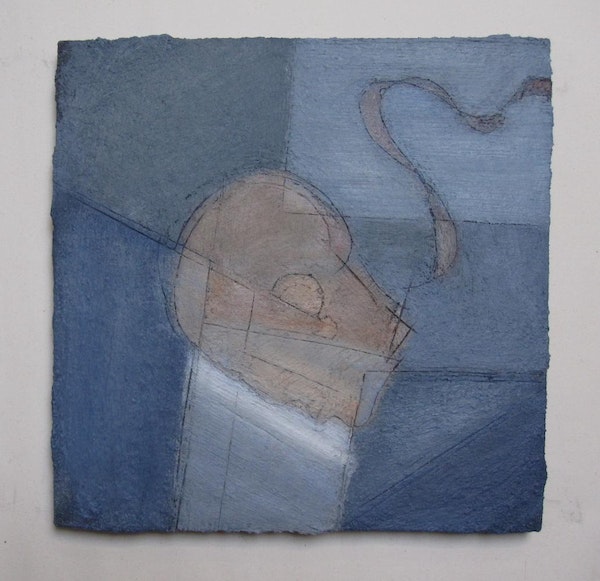 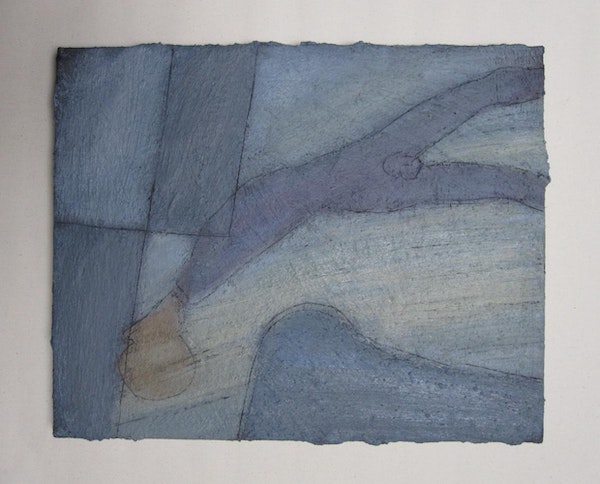 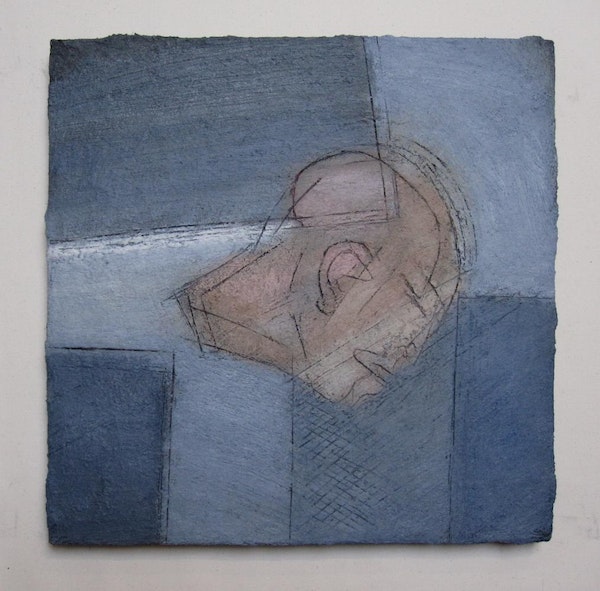 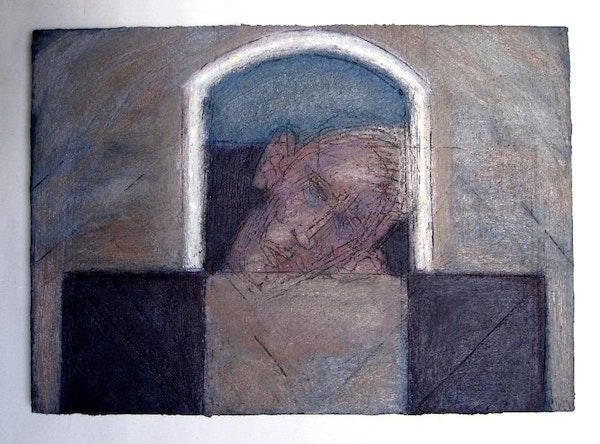 John Trigg : “Memories and dreams, thoughts and feelings, the imaginative life and inner world we are forever trying to grasp and make sense of. Images perform within us like a theatre of shadows… Our lives are there, passing through as we seek to hold on to the flesh and bones of existence. “

The Theatre of Longing by Jenny Blyth c 2016.

John Trigg, artist of 45 years, creates paintings, drawings and sculpture that reflect a life hard-lived and hard-worked, work that is infused with the bitter-sweet theatre of life. The Theatre of Longing is in essence autobiographical, present and past, drawing on formative childhood years, the beauty of classical masters and the drama of Venice.

Trigg has a treasure trove of drawing books that he describes as ‘his engine room’. Visual diaries compiled over decades of drawings in various pens, ink and acrylics, record his observations of people and places, and create ‘nest eggs’ for his paintings - a fusion of his travels abroad and vignettes of his hometown on the Cornish coast, coloured by the blue-green shifting spectrum of the sea.

Underpinning Trigg’s work is a staunch, two up, two down childhood, where paper and pencil were an unnecessary expense, softened by tender memories of a mother who was ‘potent and sharp with humour’, who intuitively understood that her son needed to draw. “Go on then – get my purse, and remember to ask them to wrap the paper”. Trigg would ask to have the table after dinner, the house then quiet, his father out playing cards and his mother stepping out with friends. He reflects with delight on neighbours and relations, perplexed by the apparent uselessness of it ….”he’s still doing that then ?” And in later years, despite exhibitions in museums across the UK, stopping in the street, a man of fifty plus with those same neighbours as before: “What’s the boy doing now?”… the response a still little reluctant: “Well…. he’s an artist isnt’ he….”

As a young man of sixteen, Trigg settled for a carpenter’s apprenticeship, a ‘useful and honest’ profession learning basic woodworking skills at Rycotewood College, Thame followed by four years of Furniture and Interior Design at High Wycombe College. He became a master joiner and after a year in Finland building prefabricated houses he worked ultimately with top architects and designers through his twenties……. but found himself longing to paint. He taught drawing for five years thereafter at Foundation and Degree level, so that it wasn’t until his early 30’s that he committed to a life as an artist.

Trigg moved to Penzance from Oxford in 1990, renovating The Old Sunday School to home and studio over four floors, but still has sand in his shoes. He makes regular forays abroad that fuel his creativity, living as a ‘local’ whether in Europe or West Africa. In recent years he has been drawn to Italy – living for twelve months below an opera singer in Venice 2008/9, and two months last year in a small, seedy hotel behind the train station in Rome, a rich tapestry of life unravelling before him by ‘players’ of all creed and colour.

Italy feeds a strong love for the classical masters - observing, gleaning and drawing. Iconic painters and sculptors, such as Caravaggio, Goya, Tintoretto and Rembrandt inform his work on many levels. Trigg observes Michelangelo’s Pietà, “Mary’s face, that of a fourteen year old holding the body of a grown man, his shin’s vulnerable” and reflects sadly, how crucifixion victims often had their shins broken. But the faces that fuel Trigg’s imagination and colour his paintings are ‘local’ subjects, couples kissing Down Along the Prom at Penzance, Twins Via Marsala, sisters from Eastern Europe working the streets around Termini station, or The Theatre of Longing I-IV, a series of triptychs that include recurring images: Self Portrait, seagull, young mothers with their babies, a Muslim girl from Penzance, her head scarf indistinguishable from a nun’s coif and veil.

Returning to the UK after intense periods of drawing and studies made during his Italian visits, Trigg has been able to combine the religiousity, the quietness of darker corners of antiquity that are permeated into the stone, with the biography and narrative of contemporary composition. The paintings and sculpture from the last ten years are infused with the drama and pathos of religious iconography, the atom-heart love of mother and child, the death-or-glory camaraderie of men at war – in essence, the agonies and the ecstasies of life that are the subjects for his theatre.

Who Can Die The Best is a series of four sculptures that hark back to a favourite boyhood game celebrating the spirit of ‘death or glory’. These ‘three dimensional drawings’ capture a certain youthful pitilessness, an irrepressible and life-affirming dance with death. Trigg recalls his mother describing his father’s return from North Africa and WWII, like a ‘bronzed god’, but separated from his fellow soldiers and troop, ‘shrivelled to a shadow in just three years’. Tales of his grandfather returning from the Somme in 1916 also made their mark – he was mortally wounded and died seven long years later with shrapnel still embedded in his chest. Brothers in Arms is composed of wire figures, bound and bandaged with paper, glue and red thread. It is a contemporary Pietà, one soldier cradling his ‘crucified’ brother in arms.

Against this curtain of brutality and tragedy, and shining so brightly, is the light of motherhood, the sweetness of love between mother and child. Perhaps felt so keenly in the autumn years of his life, Trigg is able to weave together the purity and intensity of that love, as captured in Dreaming Beneath the Trees, that is so beautifully depicted in classical art. His figures have the colour and drama of the Venice Carnevale, yet remain autobiographical. In Drawing Lesson, his mother watches over him as he draws a full arc across the paper – she gives him space but is present and watchful. Delivering him in Mother and Child, she holds him forth, a child already grown but in those early years still umbilically linked.

As in historical and biblical scenes depicted in the Old Masters where women were so often brutalized, there is violence, a visceral reality in Trigg’s sculpture where breasts and thighs are bound too tight, that is raw. It is Trigg’s ability to balance that with pathos, to tread the sharp edge between light and dark, that make his paintings and sculpture so very beautiful.

“The land meets the sea along edges of great drama, both natural and man made. This is an epic confrontation that we have been part of since our beginning, a relentless ‘battle’. We came out of the sea, and we are steeped in a timeless longing to return. We play our games along this edge, searching for the perfect pebble, finding millions that form perfectly to the hand, and nest in the pocket, perfectly. This is a love we breathe in deeply. We go in and out on the tide, always looking for a way home.”John Trigg

Four years ago John Trigg returned from Venice where he spent a year lost in Tintoretto and other classical masters, religious icons and architecture. Returning to his studio in Penzance, Trigg has transposed the essence and sensibilities of Venice, the iconography and dark corners where the sun has never shone, the softness of stone touched a thousand times and over, into a body of work drawn from the Seas Edge; seascapes, where the ocean appears as if cupped and proffered by the land, and portraits - a series of drawings and paintings of Tombstone Boys.

**“It is a rite of passage for teenage boys to test themselves and the rule makers. In their black wet suits, with head cut at the neck, hands cut at the wrists and feet at the ankles, I was struck by the beauty and grace of the Image. There was something ‘religious’ in this look and style as they plummeted into the water, a defiance too, coupled with a pale vulnerability. No fat on these boys. Lean, mean and with a whiff of reckless danger in the air.” **John Trigg