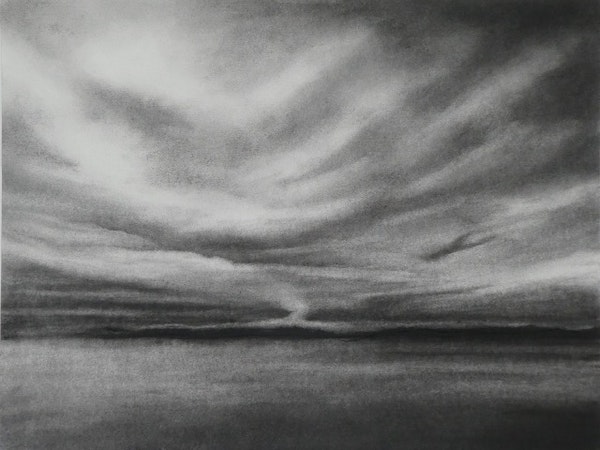 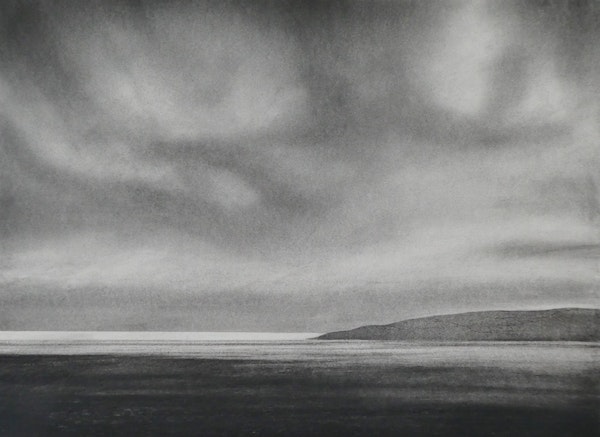 To Soay across Loch Seavaig, Skye 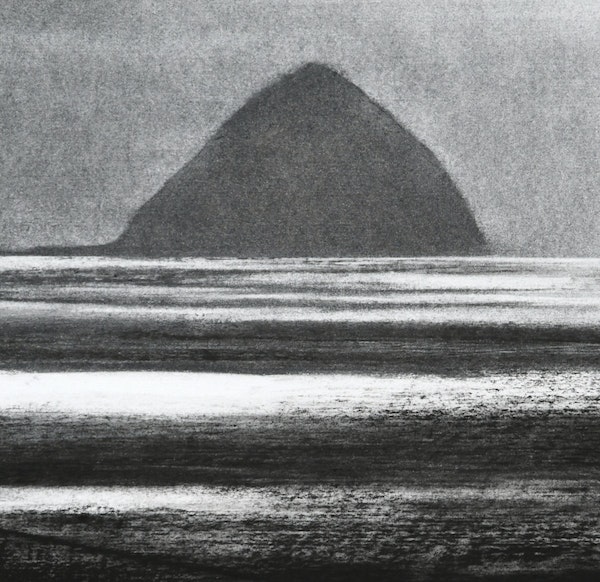 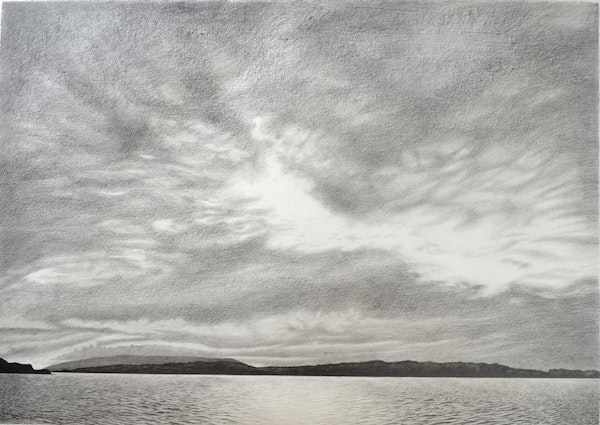 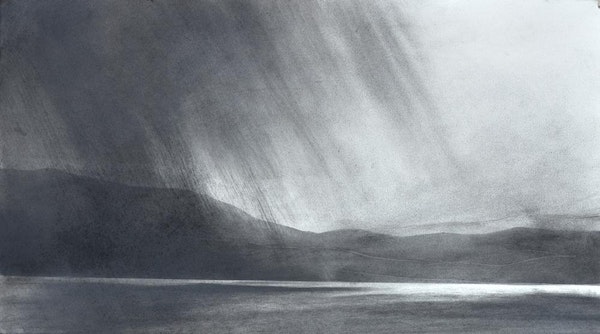 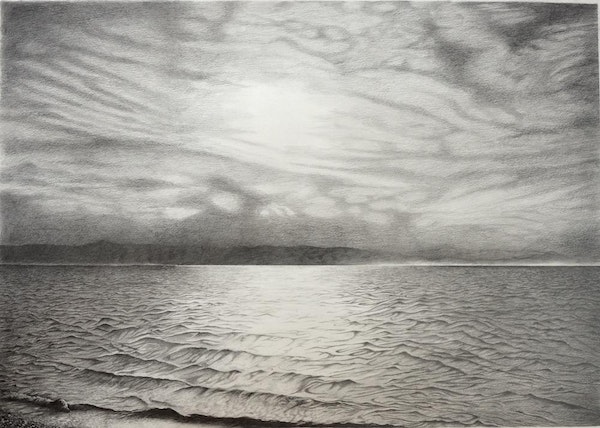 From Skye to Outer Hebrides 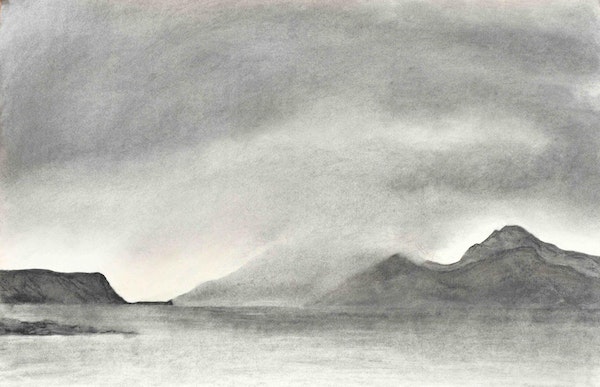 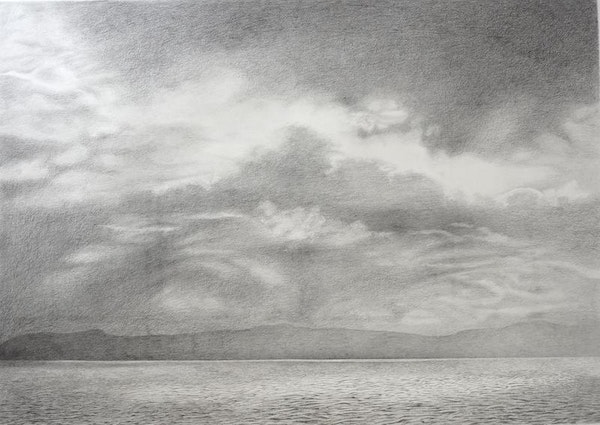 Over Applecross Bay to Raasay

‘The Call of the Wild’

‘This is a landscape to be reckoned with. Treat it with respect but take all you can from it. Let it permeate every cell in your body and fill your spirit. Then hold on to it.

‘I try to convey a moment in a place that is changing all the time, the rain, snow, light, temperature, wind - giving their best and their worst, constantly transforming the landscape.

‘Invigorated and restored, I draw to remind, capture, convey, honour and record…’ CCS 2020

One could be forgiven for assuming Claire Christie Sadler to be English, and her husband Malcolm, Scottish, but it is actually the other way round…. At second glance, her hair and eye colour betray her. Born to Glaswegian Annie McQueen Christie, it is the West Coast of Scotland and the Western Isles that have captured both her heart and her imagination. CCS has spent the past fifteen years returning to Scotland several times a year to explore the Western Highlands, sometimes travelling with her husband, a committed Munro walker and hiker, and sometimes travelling alone.

Artists are no strangers to solitude, but if you have walked The Highlands, you will know that they can be as fearsome as they are uplifting. CCS’s first solo foray, was as artist-in-residence to a remote Bothy towards St Finian’s Isle, Loch Shiel. With the raw basics of bed, desk, fire and paraffin lamp, Claire hunkered down with her dog for a week, her task to create a set of drawings inspired by the landscape around her. The nearest cottage was a mile away. CCS reluctantly admits to a newfound fear of the dark, but agreed that it was essentially a fear of ‘somebody’ in the dark, and not the night or the land itself. Loud noises against the outer walls in the pitch black turned out to be no more than red deer, perhaps scavenging for rich pickings. Quickly she resolved to tune in to daylight hours, turning in at dusk and rising at dawn. In contrast to unsettling nocturnal moments, CCS was exhilarated to be alone during the day, drawing energy from the dynamic of an ancient landscape than enveloped her.

CCS’s drawings articulate a sense of nature at large that solitude in the wild affords – a landscape forged across millennia shaped by geology and the climate, our presence brief and insignificant, no more than a flicker of life against the scale of time. Her compositions, in graphite, conté pencil and charcoal on paper and drafting film, are therefore unpeopled. There are no trees. The weather forbids it. Light streams through shape-shifting clouds revealing mountains that fall into the sea lochs below. The magic of the landscape is brought to life by light and shadow - falling veils and showers in play with shafts and pools of sunlight. A spectrum of greys capture the changing moods that darken to charcoals and blacks, contrasting with highlights of radiant whites. For CCS, monochrome captures the poetry that is the landscape.

As a consummate professional musician and cellist of decades, music like art defines her. She says quite simply ‘It is a part of me’, and when working from her studio in North Oxford, she plays a broad range of classical music, choosing as one would expect, specific recordings, conductors and performers – matching her choice to her mood from Bach to Britten, from Tallis to Taverner. Claire Christie Sadler’s drawings, like her music, are immaculately executed and beautifully expressed. There is a sense for her that art and music are indivisible one from the other, each driven by a passion that expresses a certain faith, or sense of oneness, that for many of us is the call of the wild.

‘My initial training and work was as cellist, which I maintain. Perhaps the transient nature of musical performance is evident in my drawing and could also explain why I work with a keen awareness of the performative aspect of making art.

Since gaining a BA Hons in Fine Art in 2004, I have exhibited nationally and locally, undertaken business and ecclesiastical commissions, led community art projects in the UK and Tamil Nadu, Indian (2010). I also teach experimental drawing at Oxford Summer School.’ CCS 2020

Claire Christie Sadler lives and works from her studio in Oxford. Her dream is to live in The Highlands.

THE ART OF MUSIC & LANGUAGE 2016 at Art Jericho, Oxford

Drawings by Claire Christie Sadler and Sculpture by Martin Smith

Claire Christie Sadler  :  “I sometimes think I am trying to draw silence…”

Claire Christie Sadler has spent 20 years perfecting the art of drawing. This exhibition celebrates her passion for the West Coast of Scotland – from Applecross to Raasay and Kkye, the Kyles of Bute, the Fairy Pools beneath the stark Black Cuillins – a particular wilderness where the landscape is constantly shifting as clouds drift across the mountains and ocean shoreline, pools of light glimmering momentarily through veils of shadow.

Monochrome is a natural fit for this timeless landscape that stretches so far and forward of us, and complements Christie Sadler’s appetite for line and form. Her spectrum from white to black is myriad and lends weight to the contemplative sensibility that is a consequence of solitary hours spent at one with the natural world.

Claire Christie Sadler trained in music as a cellist, performing and teaching, but ultimately found herself as drawn to art as to music. She has not put the bow down, but attended Foundation and thereafter a Fine Arts Degree over five years. For her, the act of music making and art are inextricably bound. The art of playing and drawing are for her hewn from the same bough and the intention with which she draws the bow across the strings or graphite across paper, informs that ‘mark’. She is captivated by the performative act of drawing.